ETFO Provincial’s PRS department has put together information that you may find useful in keeping your mental health and wellness in peak form. Click here to take a look.

The Elementary Teachers’ Federation of Ontario stands in solidarity with communities in Canada and the United States protesting the murder of George Floyd in Minnesota and the suspicious death of Regis Korchinski-Paquet in Toronto when police were called to her home for assistance. ETFO recognizes the multiple and systemic ways that anti-Black racism is reproduced and enacted every day including through targeted policing, in our public education system, health care system and in  many other institutions.

ETFO is deeply concerned about the ongoing systemic and individual forms of anti-Black racism in our communities and beyond.

It is a fatal destructive force in our society and local communities, affecting students, adults and families here in Ontario. While individual acts of anti-Black racism occur daily, systemic anti-Black racism within institutions oppresses entire Black populations on an ongoing basis.

ETFO is committed to working with its educators to stop anti-Black racism and teach ways to unlearn it. From our ground-breaking workshops on white privilege introduced several years ago to our continuing professional resources in response to the United Nations International Decade for People of African Descent, ETFO has called its members to action to fight anti-Black racism.

As a union dedicated to equity and social justice, our goal is to empower educators with the tools and resources they need to make schools and classrooms welcoming and inclusive. Addressing and challenging anti-Black racism and supporting Black students and others demands our dedicated efforts if we are to help shape a society where the human rights of every individual are respected.

ETFO extends its deepest condolences to the families of Regis Korchinski-Paquet and George Floyd and those of others who have felt the impact of police violence and anti-Black racism. 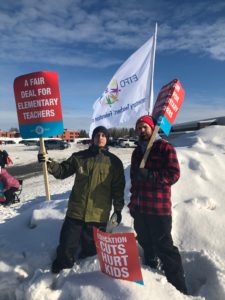 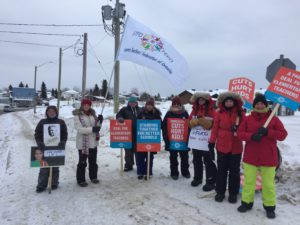 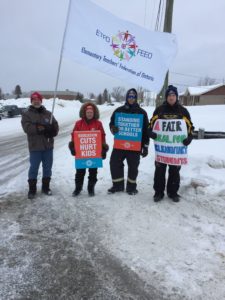 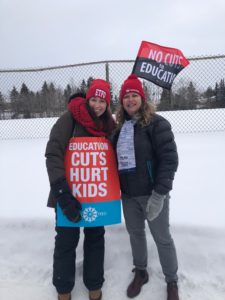 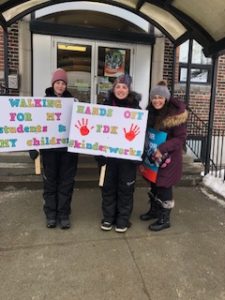 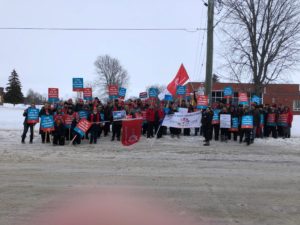 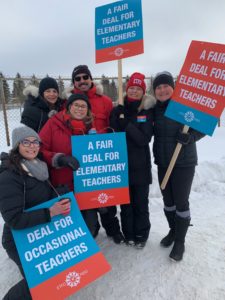 Thank you for standing united in opposition to the Ford government’s approach to education! 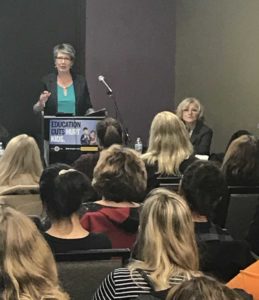 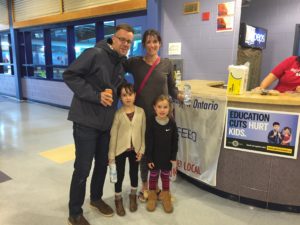 Andrew and Julianne Wray brought their girls, Muriel and Anna for a swim and had a great time. 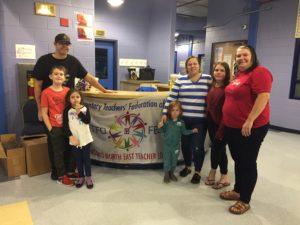 Michael Harmanmaa and his kids Lilah and Thatcher enjoyed the pool immensely.  Local executive member Kerri Macdonald, and her sister Heather MacDonald, brought their niece, Abby and Heather’s daughter, Hadleigh, to the pool for a swim and some yummy snacks afterwards. 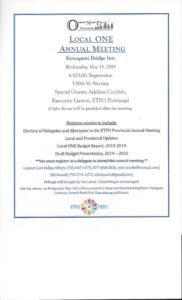 See your steward for details about how to register to attend. 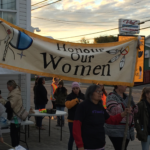 In September, Local ONE members joined with many women, children and men to rally and march. The message, stop violence against women, echoed through the streets as the large group marched through the downtown streets of Timmins. 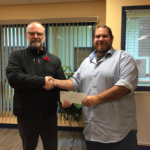 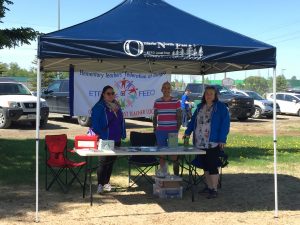 The weather was beautiful on Saturday, June 9th for the Timmins PRIDE rally and parade. Local executive members were joined by NDP MP, Charlie Angus and NDP MPP, Gilles Bisson to lend support to a great day for the LGBTQ2S community.

On Wednesday, May 9, 2018, Local leaders joined President Sam Hammond and other provincial executive members, to march to the Mowat Block of the Ontario Ministry of Education. The Building Better Schools platform was the message that was sent by the marchers. President Hammond addressed the crowd and thanked everyone for the show of solidarity in the lead-up to the writ being dropped and the Ontario election being announced.